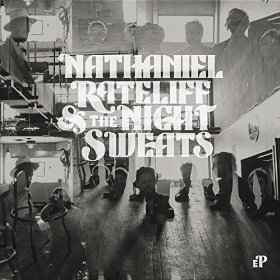 Howlin' At Nothing EP 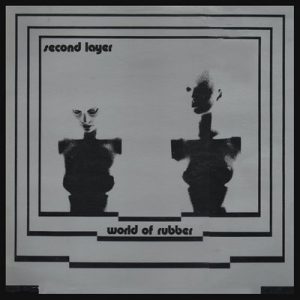 August’s guest selector, courtesy of Josh, was Lauren Martin. Lauren is one of the best music writers around at the moment. She’s presented and interviewed on the Red Bull Music Academy lectures, currently edits and covers new music on their website, and freelances at various places, including Vice and The Quietus. Her recent long form piece, Thee VICE Oral History of Dubstep, is worth a read for anyone interested in seeing how music scenes evolve from a few people in a room to international phenomena.

She says, “The superb Dark Entries label specialises in obscure industrial-leaning electronics, and this deluxe 2LP edition of Second Layer’s World of Rubber is an absolute treat for fans of the bleaker side of underground electronic pop. And I say pop in all sincerity too: as the complete (known) recordings of the group, with 5 previously unreleased demo tracks from 1978-80, World of Rubber traces the ambitious but rarely acknowledged Second Layer sound: if a steelier Cabaret Voltaire amped up the melodrama and stripped out the sex; superb bassline-led post-punk melodies that wriggle to the surface, but only just.”

The Guardian’s Michael Hann introduced me to Nathaniel Rateliff & The Nightsweatswhen he dropped S.O.B., the opener to Side B, at an indie club recently. The blinding blues-infected soul that instantly invokes foot-stomping, bearded, harmonica-affcionados got me hooked, and the Howlin’ at Nothing EP doesn’t disappoint. While nothing reaches the energy of the afforementioned track, the rest of the EP (the tracks themselves taken from the excellent self-titled album) has such soul that it’s hard not to be transported to a different time and place. Considering Mr Rateliff has been slogging for years as a folk singer, I think he’s finally found the golden package with his accompanying nightsweats.