When we were young, record stores were magical places you could spend entire afternoons just browsing. From the supersize Virgin Megastores and HMVs through to the little independents like Rough Trade and Sister Ray, there was always browsing to be done. Most of the time we didn’t know what we were looking for, simply searching for a label or an artist or engineer or cover that we’d heard of or liked the look of.

With the internet, we’ve been blessed with getting all that music but instantaneously, typically for free and without having to leave the house. But what about that serendipity of finding something you’d never heard before?

What about the record that the shop owner recommends saying ‘I think you’ll love this’ or a small review stuck to the front cover makes you want to buy?

We love the internet and how it’s broken down the boundaries to what we can access, but dammit, we miss that serendipity too.

That’s where we hope Wax & Stamp can come in. Each month, you get two records. You won’t know what they are until the land on your doorstep.

The aim is that by the end of the year, you should have 24 of the best releases (or re-releases) of the year, along with a network of other members to discuss the records with, share recommendations and swap new record ideas.

Who is Wax & Stamp 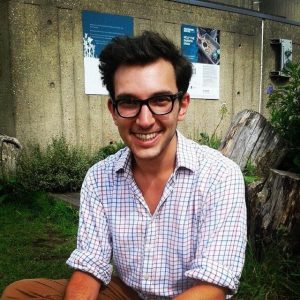 Josh handles our marketing and operations at Wax & Stamp, co-hosts the weekly radio podcast Sunday Afternoons At Underhill, and tries his hand at playing records and songs at various venues around London.

He’s always on the search to hear something new that’s got a solid rhythm, whether that’s an old rare soul gem, some unearthed highlife, or the latest Detroit deep house. Though his teenage years of listening to guitar music haven’t escaped him entirely.

Luke handles everything product related at Wax & Stamp. He is co-founder of Early Doors Disco, who have run club nights, music quizzes, gigs and podcasts all over London and abroad, and currently promotes gigs in the UK with Oh Cayman!

He started his musical life in a screamo band, flippy fringe and all, and proceeded to make many musical pit stops to where he is now, including cabaret singer, indie-pop singer-songwriter, electro remixer and musical theatre director. In the UK, he has graced the decks of Cargo, Cable, The Phoenix, and The Windmill, as well as Secret Garden Party, Indietracks and Indiefjord in Norway. He currently fronts indie-punk quartet, Brutalligators.