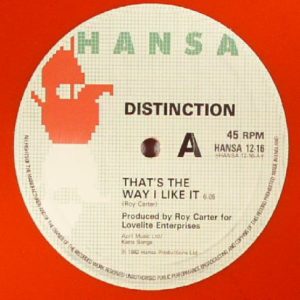 First up is Luke’s choice. Hellogoodbye were one of my first loves. Their first album’s off-kilter pop-punk meets synth-pop was pretty darn special at the time, and they had a real knack for a hook. Well, the boys have grown up now. S’Only Natural, their first album in five years, is a major departure, but what they haven’t lost is the ability to write an amazingly crafted pop tune. This is 12 tracks of lush funky pop that reminds me a lot of Electric Guest or what Foals almost got into with Total Life Forever. I feel like this is really going to come into its own when the sun comes out…

Next up is Ali’s choice, a timeless piece of funky soul by British band Distinction. Originally released in 1982, this single provides us with two absolutely amazing tracks produced by Roy Carter who also worked on various British disco/soul projects including Central Line, Junior and Heatwave.

Pretty much all of Distinction’s output is tough to find with the majority appearing on tiny labels, and second hand prices for these gems are always on the high side, with this particular 12″ being one of the most sought after.