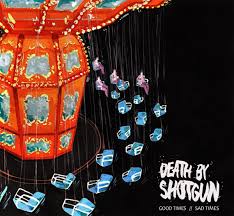 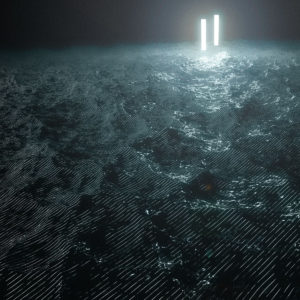 First up is Luke’s choice. I was lucky enough to catch Death by Shotgun’s EP launch in London a few months ago, and these boys know how to put together a great tune. With a sound that’s somewhere between the beach drenched sound of Beach House and the punk energy of The Menzingers, this release is a combination of their two EPs to date, Good Times // Sad Time and Life’s a Beach. If you’re in the UK, keep an eye out for this band, as they’ll be making their way around the country in the next six months.

This month’s selectors are Wax and Stamp subscribers, and Soho Radio’s The Discovery Panel hosts Andrew and Sam. The Discovery Panel is broadcasted every Saturday from 10am-12pm, presenting what is new and great in music. It’s an eclectic show created by producers and presenters who have been involved in Soho Radio since its inception. Here’s what Sam had to say about this months choice:

“Ambitious, epic and not necessarily uplifting. Monuments by Stereo Honey is an EP that isn’t afraid to go to some pretty dark places. It talks about the Chinese Migrants killed at Morecambe bay but also looks at shining literal light in ‘Through the Dark’. The four tracks each tackle something different, from personal experience of that disaster to poem-like descriptions of abstract thoughts and feelings. They sound a little like if Muse sang about Northern landmarks (the ‘monument’ in question is the angel of the north) instead of computer viruses.”