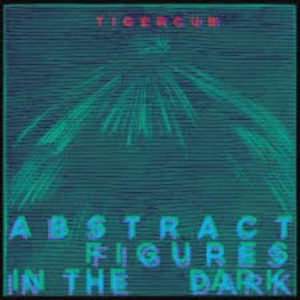 Abstract Figures in the Dark 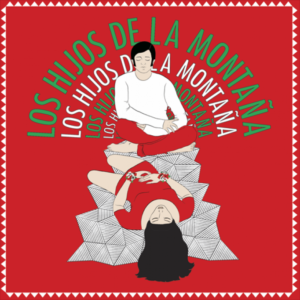 First up is our guest selector. Pete Paphides has written for just about every publication possible about music, including The Times, The Guardian, Time Out, Q, Mojo and The Vinyl Factory. He’s written and presented a whole bunch of documentaries for BBC Radio 4 and 6Music, and currently hosts a weekly show on Soho Radio. Here’s what he has to say about the vinyl he’s picked for you:

“For any music fan, eager to make their next discovery, one of the best things about alighting upon a relatively undiscovered masterpiece is the thrill of getting to tell other people about it. And when that masterpiece happens to have been released as a labour of love on a small independent label, your enthusiasm takes on a missionary zeal. This is how I felt about my favourite vinyl release of 2017, the self-titled debut by Los Hijos de la Montaña, released on Shaun Hendry’s tiny Vacilando ’68 imprint. The core of the group is sometime Calexico keyboardist/accordionist/producer Sergio Mendoza and singer Luz Elena Mendozo, who are accompanied here by a Tuscon-based band and Steve Berlin from Los Lobos producing. The result is at once exquisite – a melodic, melancholic, cinematic suite of tender elegies that, for me, scratch the same emotional itch as celebrated Mexican vocal legends Lola Beltran and Maria de Lourdes – as well as Manu Chao, whose term “Malegria” (a hybrid of the words “mal” (bad) and “alegria” (happiness”) coined to describe the oddly life-affirming sadness that we seem to seek out in music) perfectly corresponds to what happens when you spend time with Los Hijos de la Montaña. But that’s only half the thrill. Like I said, the other half is getting to turn fellow music fans onto it. Which is why I’m so grateful that Wax & Stamp asked me to recommend it for this month’s selection. Enjoy!”

Now for Luke’s choice. As a special treat, I’ve managed to get our hands on a second LP for you guys this month, albeit a slightly older one than usual. I’ve been trying to find a chance to send out Tigercub since they signed to Alcopop! Records in 2016. Luckily, I managed to convince them to let us have their debut Abstract Figures in the Dark to send out to you guys. This is probably the rockiest release we’ve sent out, with blistering riffs and devastating distortion, this is pure, balls-to-the-floor rock in the same vein as Royal Blood or QOTSA. Play this one loud.