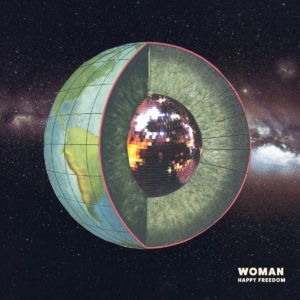 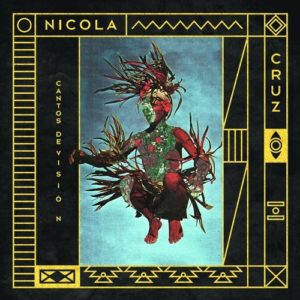 On to the records. First is Luke’s selection. I stumbled upon WOMAN’s Happy Freedom when I was searching for some German hip-hop, of all things. Instead, my senses were assaulted with some sublime euro-disco-indie. I must say that this is the only record I’ve heard that makes me think of both Kraftwerk and Marvin Gaye at the same time.

Next up is our guest selector. Mike Atkinson is not only a highly respected music journalist, but also one of Wax & Stamp’s most dedicated subscribers, dutifully putting everything we send him into his Discogs collection and letting us know what he thinks via email and the Facebook group. So it’s with pleasure that we asked him to select this month’s record. Here’s what he has to say:

“Born in France to South American parents, Nicola Cruz now resides in Quito, high in the foothills of the Ecuadorian Andes. Its landscapes have inspired his unique “folklorica” sound, which blends indigenous field recordings with downtempo – but still markedly rhythmic – electronica.

Easing you in with the shimmering marimbas of Tzantza (named after a head-shrinking ritual from the Amazonian Shuar tribe), Side One gradually picks up steam, as the fragmented tribal chants of Bruxo make way for the more restlessly insistent Danza de Visión, which overlays its shuffling beats with cut-up pan pipe samples. This side climaxes with the briskly undulating Rio Branco, during which a shamanic invocation is spooled backwards, to subtly head-spinning effect.

On the second side, Mantis is an elementally percussive workout, while Invocación’s wobbly slow-slow-quick-quick-slow could be the soundtrack for an Ayahuascan tango. Two remixes conclude the journey, complementing rather disrupting the overall vibe.

Although inspired by the structure and essence of traditional medicine ceremonies, Nicola Cruz stops short of paying too literal a homage. (“There are some words and ideas that are too big to be thrown out there… I tried to be subtle about the message.“)  Nevertheless, you can catch more than a whiff of the shamanic on this intoxicating and inventive mini-travelogue.”