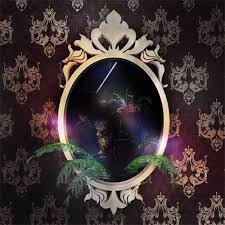 I won’t scare people off by using the E word when it comes to Orlando four-piece You Blew It!. However, with their latest record Abendrot, these guys have discarded their previous pop-punk meets emo sound to create a mature sound that sounds a bit like if Sunny Day Real Estate met Radiohead and had a love-child that was raised by American Football. Standout track for me is definitely Greenwood, which has a definite late Death Cab for Cutie sound to it.

Next up is Ali’s guest selector, journalist and DJ Joe Muggs, here’s what he has to say about his choice Yaroze Dream Suite:

Yamaneko’s ‘Project Nautilus’ was one of last year’s best albums, Mr. Mitch’s upcoming ‘Devout’ is one of 2017’s. Together, as on this EP, they are absolutely unstoppable: starting with grime’s production formulae, stirring in R&B, ambient and Detroit techno at its most interstellar, and wrestling intense emotion and real beauty from the products. The future cityscape anime movie worthy of this as its soundtrack has not been made yet, but we can dream….’