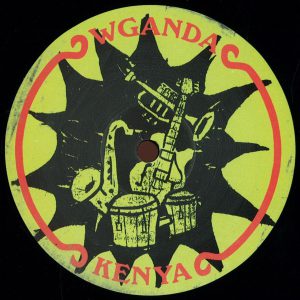 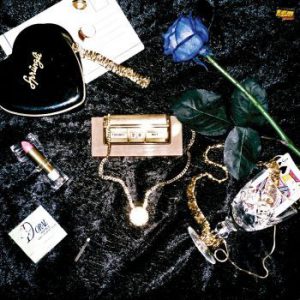 April was a big month in a record lover’s year, marking the eighth year of Record Store Day, with amazing releases and record stores across the country turning their corner of the town into a celebration of all things vinyl.

This month, it was Josh’s turn to pick the record and he hasn’t been able to wait to send this out to you. The Autonomous Africa label was created by JD Twitch, Midland and Auntie Flo to original put out African-inspired contemporary music. This EP sees the first foray into reissuing older, original work. Here they pick up original masters of Colombia’sWganda Kenya, and release them in their incredible repressed glory. La Botellita is the record’s highlight for me – play it at a BBQ in the forthcoming May sun, or at 11pm warming up a night and you’ll get a huge reaction.

Which leaves April’s guest selector… Fortuna POP! is one of the UK’s most important indie-pop lable, having flown the flag for almost 20 years, Sean Price has steered the ship picking up some of the best names in indie pop, shoegaze, fuzz pop, girl groups and anything else that features jangly guitars and sweet melodies.

Here’s what Sean had to say about his record: “When Wax and Stamp gave me the honour of being their guest selector for the month I racked my brains for the records I’ve been playing most this year. The Father John Misty and Courtney Barnett albums for sure but, hey, we all know about those and I figured Wax and Stamp’s discerning subscribers might want something a little less obvious. So I’ve gone for Young Guv’s album Ripe 4 Luv, recently released on the ever awesome Slumberland label. For those of you who don’t know, Young Guv is a guy called Ben Cook from Toronto hardcore band Fucked Up, and who also has a lucrative line penning pop hits for the likes of Taylor Swift and Kelly Clarkson. The eight tracks on the record cover a lot of ground, from 70s power pop to more woozy, RnB-inflected numbers, but they’re all consistently interesting and inventive. I love it, and I hope you will too.”