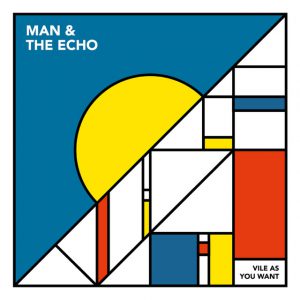 Vile As You Want

Bottled Out Of Eden

First off, we’re hugely excited to welcome six-time Snooker World Champion, radio host and DJ Steve Davis as this month’s guest selector. Here’s what he has to say about his choice:

“Here’s the thing! I bumped into Kavus Torabi at a Magma concert in Paris. Next thing, he invites me to watch him play in a band in London. I thought it was going to be in the back of a pub somewhere. Turns out he was a proper musician and guitarist in Cardiacs! en he brings out his own band’s first album. I invite him onto my Interesting Alternative Show on PhoenixFM. We hit it o so much so that we now do the radio show together. Even more bizarre is that we now DJ live together! A snooker player teaming up with an avant-progressive musician. You couldn’t make it up! So here I am recommending my mate’s band’s record to you! A sure recipe for disaster I hear you think? Except … It’s brilliant!! Don’t take my word for it, look up the positive reviews online.

“Bottled out of Eden” is Knifeworld’s best album and Kavus Torabi’s best writing to date. It does what few bands ever achieve. Complex, music that’s totally accessible to a wider audience. e album is jam packed with great riffs, superb melodies and, the rarest quality of all, intelligent lyrics. It deserves wider recognition and plenty of airplay. Give it three listens and I think you’ll be hooked!”

On to Luke’s choice. I first heard Warrington lads Man & e Echo when a friend played the B-Side to this single to me, and it was instantly stuck in my head for days. They sound a bit like a less pretentious Arctic Monkeys, with elements of 60s girl group, with a touch of psychedelia in the A-Side and some proper, foot-stomping Northern Indie on the B-Side, married with some of the most cutting lyrics about the Facebook generation I’ve heard. Yet another band to watch when they release their debut album later in the year.