In the wake of the BBC 6 Music Proms the banks of the rivers of taste have broken and people are once again turning their attention to classical music. Whether the likes of Nils Frahm and A Winged Victory For The Sullen can be described as classical is beside the point — a different audience is engaging with older ideas, and they’re reaping the rewards.

Underneath the smoke and lights, swirling against the history stained curves of the Royal Albert Hall; Nils Frahm mesmerized the 6 Music crowd. Percolating their fair trade coffee and making their craft beers fizz in their bellies, he seemed to be laying his music deeper in their bodies and minds than they have encountered for years. Both his and A Winged Victory For The Sullen’s music mines a hypnagogic valley, where a meditative mind is rewarded. Their music is awash with dizzying layers, soft blows and building themes shaken from pianos and strings and horns. Simple, modern takes on classical music of old; some might call it minimal classical.

In an age of mindfulness and a renewed fetishisation of the listening process it’s easy to see the appeal of minimal classical music. Some may have even heard these acts for the first time in a ludicrously titled Spotify playlist designed for improving focus at work and it’s in the function of these playlists that you can find their success. Many revellers were commenting after the proms on not just how much they loved the music, but how much it had affected them — like they had forgotten that music can actually reach such lofty heights. Behind their closed eyes you could see worlds dissolving into oceans and moments of introspection wash over. This is the power of great music. Now imagine if there were endless stream of similarly unheralded music already out there. 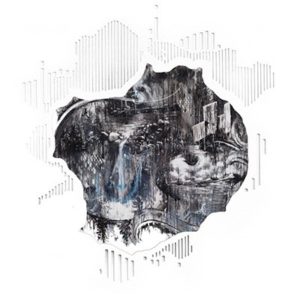 Looking at AWVFTS and Nils Frahm’s home Erased Tapes you can find your ears many tributaries to float down. You may have heard of Olafur Arnolds and Kiasmos’s cloud fuelled takes on the delicate and the sublime, but a listen to Lubomyr Melnyk is essential if you’re after a ticket to somewhere further into the mist. Melnyk is one of a few former cult stars plucked from obscurity and repackaged to a younger, hipper crowd. Undoubted proof of the esteem in which minimal classical music is held, is seeing Brooklyn’s RVNG Intl taking a similar tack, re-issuing and then re-invigorating the French cult figure Ariel Kalma. Also releasing the mind melting Bing & Ruth’s “Tomorrow Was the Golden Age” , RVNG Intl have been synonymous with championing the next new sound and their ventures into classical music is telling. This is even more impressive considering they sit next to futurist label mates like Holly Herndon with an altogether more maximal approach. As much as your teenage self may find it absurd, classical music has quality.

Another notable label is PRAH, an offshoot of Moshi Moshi Records. To see Moshi Moshi, a label so often a step ahead of curve (see Bloc Party, Disclosure and Florence + the Machine) branch out into this world is another omen that classical music is turning heads. The labels’ founder Stephen Bass puts it down to the “talented, clever and inquisitive artists” he’s met in the classical scene. “Musically they can be frighteningly adventurous, always trying to find an edge or do something new — much more stimulating than a lot of others who seem to want nothing more than to get a song in The Only Way Is Essex or be synched on an iPod ad.”

Unfortunately, these hipper labels don’t have much recognition in the old world — perhaps the popularity of the 6 Music Proms may change the way the river flows. There’s a definite disconnect between the gilded halls of the old world and the bright young things coming through, but that’s not to say it can’t be bridged. Jonny Greenwood’s expansive shows with The London Contemporary Orchestra not only sold out but they helped keep the orchestra going for another year — their forward looking program not guaranteeing funding into the future. In Mica Levi’s attention for her heralded “Under The Skin” soundtrack she not only haunted a new crowd but she turned them on to the power of classical music. Even Boiler Room are dipping their toes into it, and the big old houses remain mostly unshaken. 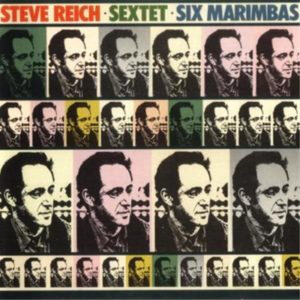 In an age so obsessed with what’s on the very cutting edge and a conveyor belt culture where the new only lives for 15 seconds before it’s callously usurped, the idea of looking backwards can sometimes feel unnerving. But with minimal classical, post-classical or whatever you want to call it seeing the light of day again, its worth seeing what lays in the past and outside the limelight. It would be rude not to nod to the heavyweights in this spacious world. Like Steve Reich, for example — his complex structures sound so effortless and simple, and have inspired and bewildered thinking musicians for the last 50 years. Then there’s Phillip Glass, who sits somewhere between the epic and the delicate — soundtracking those heady moments of your lives that only an orchestral score can adequately define. All at the end of your fingers, offering more ideas, feeling and scope than you could ever imagine.

These moods feel so much more colourful and textured than a lot of contemporary music. If you were to distill music down into a series of sounds that elicit a response it’s easy to see the appeal. For the most part modern music has streamlined itself into a series of two-dimensional studies of simple themes. Whilst this can be a joy, it feels like there has been a drought in deeper, more complex music within the genre. Classical music can sometimes take some time, like singling in on a particular storm on the surface of a foreign planet. But in those bodies of turning light lies its beauty. Paul Morley alluded to it brilliantly in an article for the Guardian last year: “…With pop more a nostalgic, preservative practice rather than one anticipating and demanding change, classical music comes to fresh, forward-looking life.” When you listen to a piece like “Become Ocean” from John Luther Adams, it feels more like a piece of nature than a piece of music, the shimmering and cascading of textures is unlike any piece of music you will ever hear.

In a time where new music is usually made from raiding the vaults of the past and putting it together in a new way it’ll be worth seeing how classical music moves out of the past and effects the present and the future. We have nearly reached a point where genres are completely redundant but the last bastion of classical music is still there sitting alone. Artists like Anna Meredith and Kaija Saariaha harness technology to transform their classical training into sprawling, bombastic pieces that stretch their taught ideas into new realms. Progressive conservatoires like CalArts and Mills College are tailoring their courses for the new bold and beautiful — just listen to Julia Holter’s new album for proof. The relationship between classical and non-classical is also reactive — in Micachu’s NTS show with Oliver Coates, you can hear a conversation between processed sound and the cello that offers just as much hope to the future of classical music as it does the future of any music. This cross-pollination is happening everywhere. Futurist producer Actress is making new music with classical players; LA Priest is using classical acts as support on tour and festivals are pairing bands like The National with Nico Muhly.

Each year our taxes pay for classical music programmes across the land, leaking out six figure fees to heads of old orchestras that mostly older generations attend. Under their noses is the start of a scene. Classical music is bubbling, and in its body is the start of something vital. Why haven’t we noticed yet? Well, there must be something in the water.

This post was published as part of Wax & Stamp, the UK-based vinyl subscription club. For 10% off your first order, use the voucher code IREADTHIS